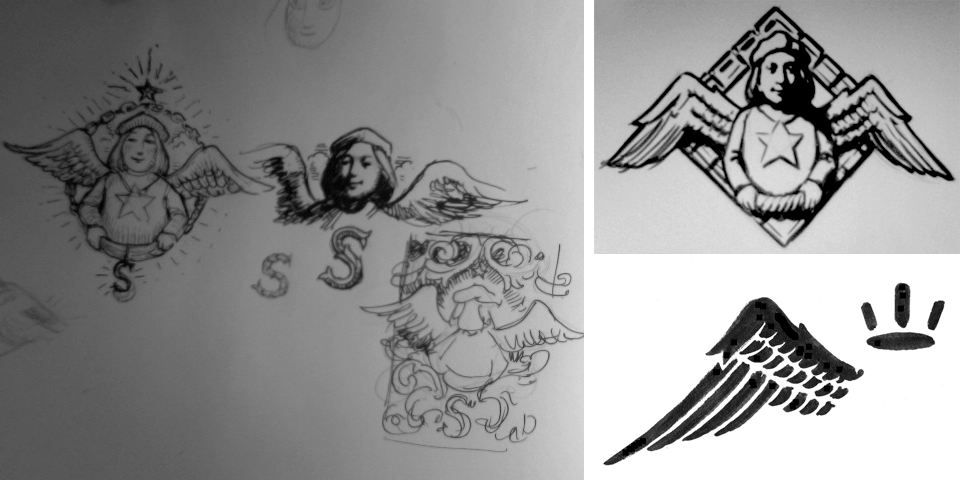 An ongoing project we are involved with is the development of branding for a new Suffolk-based brewery.

The inspiration for the identity comes from a 15th C carving that can be found in Mere Street in Diss. The carving illustrates an angelic figure with a crown, wings and a large star motif. The origins of this carving are unclear, but it is thought that it could either represent an angel to guard over buildings or may be an emblem for a trade guild.

Early iterations of the brand featured full representations of the carving but, as the process developed, it was decided to concentrate just on the simplified elements – the crown, star and wings.

Along with the main identity, much work has to be done on developing brands for each of the beers that the brewery intends to make. The styling for the brewery is based on an ‘industrial decay’ look. This has been successfully applied to other brands in the catering sector and reflects the aspirations of the brand.

‘Dirty Burger’ and ‘Red’ restaurants use styling similar to that proposed for the new brewery. 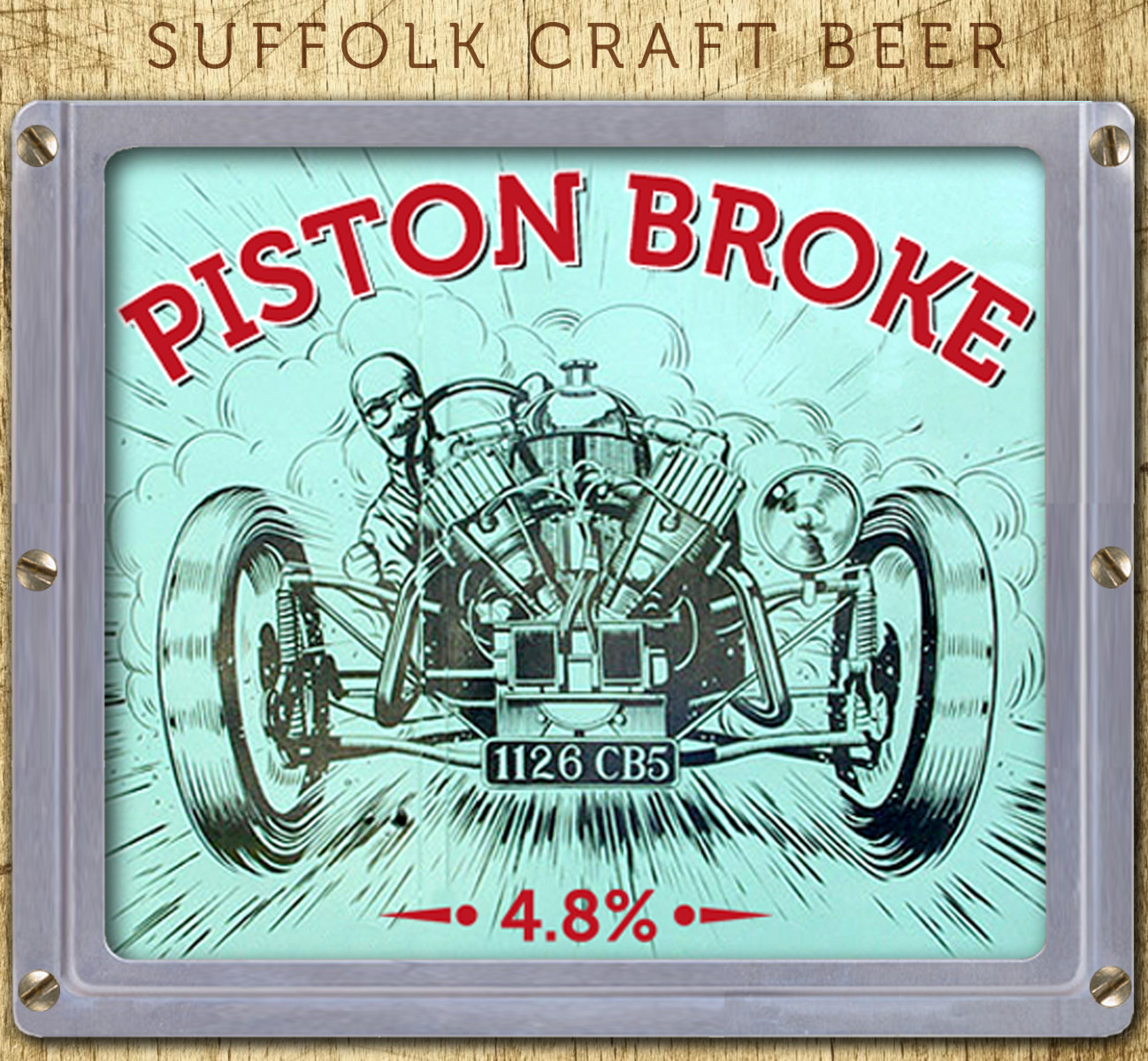 The brewery is due to launch in 2016 whereupon we will be free to show the branding we’ve created in full.